A College education is often seen as the go-to option for young people these days. They’re increasingly being told that it’s the only route into a good career but that’s not true. Employers are actually starting to value job experience over formal education so college isn’t necessarily the best choice. If you’ve already made a decision to homeschool your children, you’ve decided that the traditional education system doesn’t work for them so you might want to extend that decision into their later years and look at some alternatives to college. These are the best college alternatives for homeschooled kids.

One of the major benefits of homeschooling is that your child can learn at their own pace and in their own way without having a strict curriculum enforced on them. College learning is a lot more flexible than school education but there are still deadlines in place which make it difficult for students to set their own pace. If your child is thinking about a career that does require a college degree but they still want all of the benefits of homeschooling, online degrees are the perfect middle ground. They can do an online msw in their own time which is often a lot better suited to homeschooled students that are used to doing things in their own time. Switching from that set up to a traditional college where they’re handed strict deadlines can be a struggle for them and they’ll get far better results doing an online degree.

If your child wants to pursue a career that doesn’t directly require a degree, getting one might be a waste of time and money. People often argue that it’s still worth doing because they can enter a company at a higher level. The thing is, if they enter work at a lower position instead of spending 4 years getting a degree, they’ll be able to work their way up to the same position. Most importantly, they’ll have 4 years worth of salary behind them rather than huge college debts. They’ll also have a lot more hands-on experience which is often more important to employers than education so they’ll be more likely to get promotions and progress quickly than their peers who have only just entered the job market. You can even combine these 2 options and they can start working and getting experience and a paycheck that they can then use to fund an online degree in their spare time.

Another great way to get the best of both worlds is an apprenticeship. Instead of devoting all of their time to education or working full-time, they can split their time between the two. They’ll spend most of the week getting hands-on experience in a job and the rest of the week getting a qualification as well. They’ll be able to complete assignments at home so you still get the benefits of homeschooling as well. Often, the pay for an apprenticeship won’t be that high but it’s worth doing because they won’t be paying the high price of college education.

When it comes time for your child to make difficult decisions about the next stage of their education, you should go through these alternative options with them and help them decide whether college is really the best option for them. 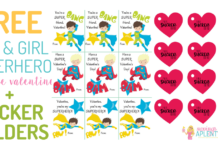 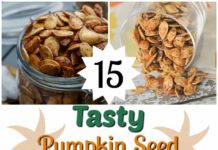 The Best Time to Shop for Deals